skip to main | skip to sidebar
Welcome to The Daily Question, a blog dedicated to the advancements in modern random fact gathering. A new question will be posted everyday, about almost anything, so please check back soon. Also, feel free to check out the archives, which are full of more fun facts. Have fun!

To finally get back to you on the Thursday question, I have not one answer, but four: Entertainment Sports Programming Network. Ok, now that that's cleared up, let's move right along to today's question.

Back in the old days, presidents used to face the same problems when running for president as they do now. Bad habits, political philosophies, or in this case, age. When this respected general ran for office, he was constantly criticized for being to old. He kept on trucking though, and eventually got the Whig nomination with the slogan "Tippecanoe and Tyler Too." So for today I ask: Which president was this, and what do you think happened to him?
Posted by Jack at 10:57 PM 1 comment:

Since it is 11:55, and this is the Daily Question, I'm just going to cut to the chase. The only state that still has a confederate flag waving at its capital is Georgia. I'm not 100% sure why, but I imagine it is because Georgia was one of the hardest hit states in the Civil War.

Now for today's question. This question has less to do with playing sports, but more to do with watching sports. With the invention of the television, sports were able to be seen in front row, even from miles away. Sports television has evolved significantly, and leading the coverage of a billion dollar industry is the broadcasting station ESPN. But, my question for today is: What does ESPN stand for?
Posted by Jack at 7:17 PM No comments:

Ancient Greece had four main elements: earth, wind, water, fire. Actually, all of these could be proven by burning a tree. First, you can feel the tree is wet. Once you light it on fire, you can see the elements escape, the water through steam, the wind through smoke, the earth as ashes, and the fire as, well, the fire. However, there is a curve ball; the fifth element. The fifth element was aether, a kind of void element. It represented the vacuum of space, and made up all celestial bodies. Actually, we get the word quintessential from it. Quint, which meant 5, and essential, meaning it was an element. So, a word for the void element that is everywhere now comes to mean something that is typical.

Now, to compliment some classical Greek philosophy, how about some Civil War geography? During the Civil War, the Confederate States of America made their own flag reminiscent of the U.S.A. one, red with a blue x and white stars. Today, all southern states have officially given up this flag, except for one. So my question is: Which state still has a Confederate flag perched atop their capital building?
Posted by Jack at 8:04 PM No comments:

John Adams was the father of John Quincy Adams. Neither had a very successful presidency in my opinion. Next comes William Henry Harrison and his grandson, Benjamin. Both were elected partially because of their successes in battle, William in the Revolution and Benjamin in the Civil War. Moving right along, we have Andrew Johnson and Lyndon B. Johnson, the only presidents on the list who weren't related. After them the Roosevelts, Theodore and Franklin, whose terms were almost 40 years apart. They were 5th cousins. Finally, we have the George H.W. and George W. Bush, the most recent pair.


Now for today's question. I understand I am notorious for asking periodic table questions, but today is a variation on the subject. You see, back in the old days, the Greeks had their own version of the elements. Substances that could not be broken down anymore than they already were; the most basic parts of earth. And to prove it, all you had to do is burn a tree. So for today, I ask: What were the original Greek elements?

(Please Comment)
Posted by Jack at 7:39 PM No comments:

I'll start off with the answer for yesterday. The reason the monument is multicolored is because it was built in 2 parts, mostly 1848-1856 and 1876-1884. The original designers were not able to finish because they lacked funding. Not only that, but the civil war started breaking out during the building process.
For more info visit: http://www.nps.gov/nr/travel/wash/dc72.htm


So today's question. It is a bit random, but a bit of random presidential trivia is better than none at all. Out of all 44 of our presidents, many share the same last names. So for my daily question, I ask: How many sets of presidents share a last name, and which names are they?
Posted by Jack at 7:45 PM No comments:

A few weeks of vacation has given me time to ponder over the blog. Is a format change necessary? Should I make it more interactive? Over the next few weeks I'll be looking at other blogs, and experimenting with my own to figure out how best to conduct The Question. If you have any ideas, please leave a comment. Anyway, I probably should commence in the question for today. The reason I haven't been blogging was because I've been in the capitol. Now, when you're in the capitol, it is impossible not to notice the Washington Monument. Since the buildings in the city are size restricted, the monument is able to tower majestically over everything else. But, if you notice, a third of the way up the monument changes color. So today, I ask, why is the symbol of our founding father's greatness multicolor?

Today, I will be trying out a new format, the format being no posted answer. Please comment if you like or dislike, or even better, about the answer.
Posted by Jack at 5:53 PM 1 comment:

The Daily Question will be on vacation from June 28th until July 15th. Feel free to check out the archives in absence of a daily question. ENJOY THE SUMMER!
Posted by Jack at 6:53 AM No comments: 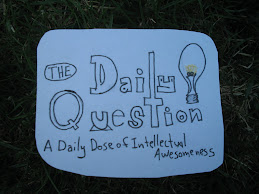 I just changed the settings so ANYONE can comment, so please feel free to do so. It's so easy, you could almost call it hassle free! All you have to do is click "comments" then the button at the bottom that says "Name/ URL" and put in your name on the top space, and leave the bottom space blank. You can also just click Anonymous, if you so desire.

If you enjoy this kind of blog, you might want to try my quiz on Facebook. Just type in Which President are You? into the search bar at the top right of the home screen. You should definetly try this quiz, because it accuratly tells you which president you are most like out of 8 completly different ones. As of last weekend, 1,000,000 others had taken it! Remember: type in Which President Are You?

ANOTHER thing you can do on Facebook is become a fan of The Daily Question. (It appears I am a facebook fanatic) Check it out by clicking this link: http://www.facebook.com/home.php?#/pages/The-Daily-Question/78563647583?ref=ts

Jack
I also have an awesome quiz.. Which President Are You? check it out on facebook.

Oh, the things I write about 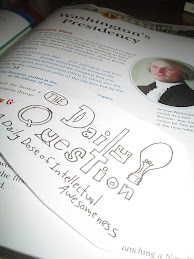 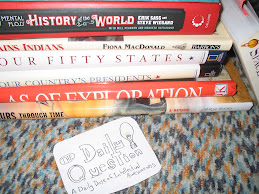 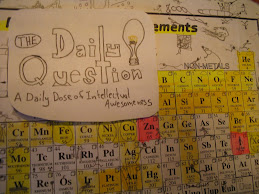 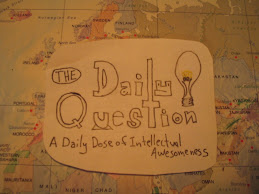 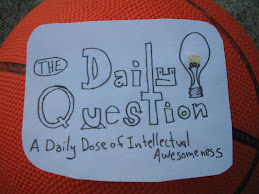 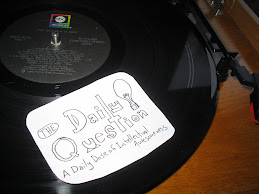